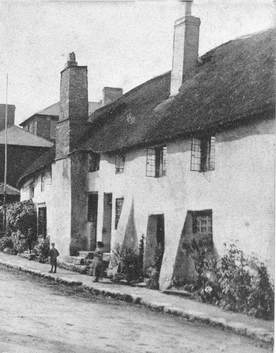 Lower Town cottages
Frederick James Pillar (1893-1918) was the oldest of 5 children of James Pillar and Eliza Bell (1863-1940), who were married in Burlescombe in 1892.  James Pillar had been brought up in Ayshford where his father was an agricultural labourer, whereas Eliza Bell came from Chevithorne, one mile northeast of Tiverton, - also from a family of agricultural labourers.  Frederick Pillar was born on 15th September 1893 in Halberton and was baptized there exactly one month later.  His father’s occupation was recorded as a railway plate layer (i.e. someone whose job it was to maintain or replace railway track).

In the 1901 census Frederick was living with his parents; his brothers Albert and Walter; his sister Elda, and his maternal grandfather, Richard Bell.  They lived in Lower Town, Sampford Peverell, in a group of eight cottages (2018: the site of 16 Court Way).

By the time of the 1911 Census the family had moved out to Waterloo, one mile east of Sampford Peverell, towards Uffculme. The father, James, was still a platelayer on the railway and Frederick, now 18, was described as a farmer.  Frederick’s younger brother, Albert, born in 1895, was working as a horse carriage driver at the Railway Junction Hotel in Willand in the 1911 census, aged 16. Frederick now also had a six-year-old sister, Beatrice.  There is a possible WW1 service record for an Albert Henry Pillar of the Devonshire regiment, but it has not yet been possible to confirm whether this is Frederick’s brother. Albert survived the war.  Their younger brother Walter was just 18 when the war ended and it does not appear that he took part in it. 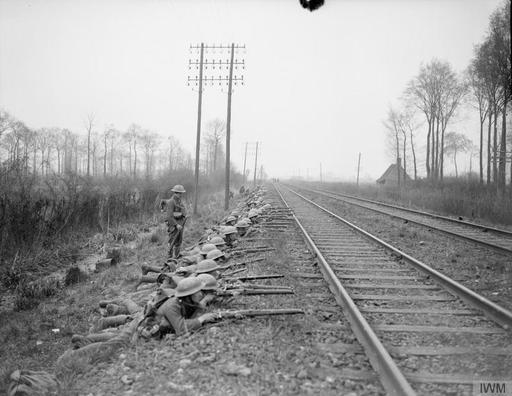 Battle of Hazebrouck. Collected stragglers of the 31st Division lining the railway line near Merris, 12 April 1918. Photo courtesy of the Imperial War Museum.
Frederick enlisted in 1915 and joined the 3rd Battalion Coldstream Guards, who in 1915 became part of the 1st Guards Brigade, Guards Division, who then transferred to 31st Division.  This division was involved in a large number of battles in France and Flanders, including some at Ypres, Passchendaele and the Somme.

Frederick survived the fighting for nearly three years, but was killed in action on 13th Apr 1918, aged 24. He is remembered on panel 1 at the Ploegsteert Memorial in Hainaut, Belgium - a memorial for men with no known grave.  According to the CWGC “most of those commemorated by the memorial were killed in the course of the day-to-day trench warfare which characterised this part of the line, or in small scale set engagements, usually carried out in support of the major attacks taking place elsewhere”. 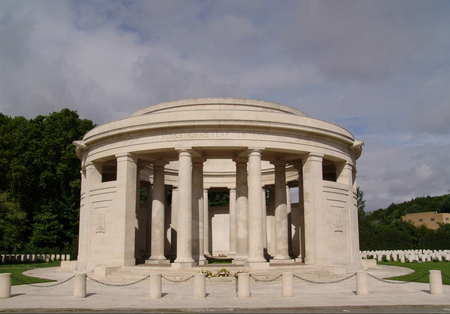 The Ploegsteert Memorial, Hainaut, Belgium
According to the list of soldiers’ effects on ancestry.co.uk his outstanding pay of £9 12s 9d, which included a war gratuity of £7, was sent to his sister and sole legatee Beatrice in October 1919.

Frederick’s cousin, Arthur Pillar, joined the army early in 1918 and died of wounds in September that year.  He also had two second cousins, Ernest and Frederick Tucker, who died in the war.  Arthur Pillar and the Tuckers are remembered on the war memorial plaque in Burlescombe church.

Details from List of Casualties (under Military Records on Ancestry.co.uk, slightly corrected)

Frederick Pillar is part of this family tree which we have created on www.ancestry.co.uk and which subscribers to ancestry can see here:
http://trees.ancestry.co.uk/tree/68538081/family?fpid=32184078937

Information about the 31st Guards Division from The Long Long Trail: http://www.longlongtrail.co.uk/?s=31st+guards+division